Give Me Some Sugar: Indulging in a Healthy World

Give Me Some Sugar: Indulging in a Healthy World 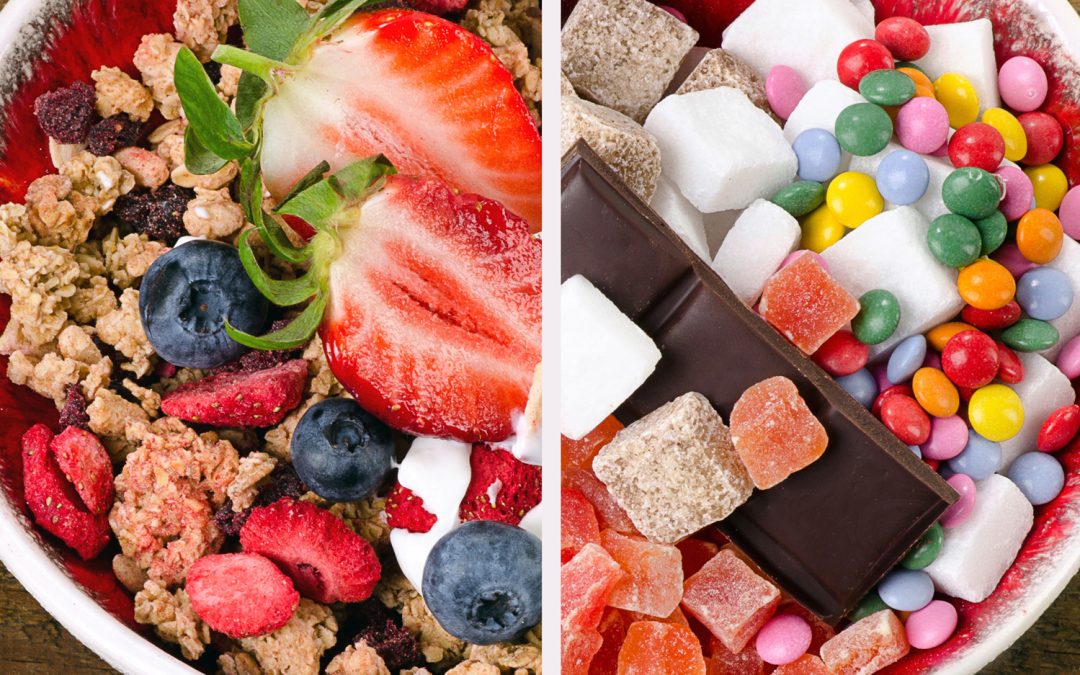 Remember Newton’s Third Law of Motion? For every action, there is an equal and opposite reaction.

That applies to consumer behavior too, especially when we look at the healthy-not-healthy eating trend.

Depending on which study you read, upwards of 85% of Americans say they try to eat healthier, and manufacturers continue to introduce thousands of Better-For-You products (BFY) each year to help them achieve their goal. We hear this from manufacturers and retailers every day: products have to be BFY, or they will fail.

They forget that the human animal is full of contradictions.

Counterbalancing the healthy trend is the growing demand for extremely indulgent, and downright decadent snacks and treats. Consumers are locked in a battle of conflicting desires, feeling the pull of the practical and beneficial versus the visceral and emotional desire for indulgent snacks and comfort foods.

Taco Bell leveraged this phenomenon in a new TV spot that features various unhappy party goers, all of whom are disappointed to see the same boring veggie platter and crudité. The fun doesn’t begin until someone arrives with a Taco Bell Party Pack featuring a dozen delicious, but not very healthy tacos. And all rejoice.

While comfort foods are on the rise, sweets have really gone over the top. From extreme desserts to inventive candies to drinkable delights, manufacturers are rolling out treats on steroids. The frozen/fresh dessert category has grown by 85% from 2013 to 2017 (just four years!) and is projected to grow by 45% in the next five years according to the Specialty Food Association. Chocolate has become so popular, it might as well be its own food group.

Is this a temporary backlash or a new eating behavior?  Let’s look at some contributing factors:

Consumers who are eating healthier are rewarding themselves by indulging, but that’s not news. What is noteworthy is how they are indulging. They figure that as long as they are indulging, they may as well go for an extreme, over-the-top experience. More is more.

Give Me Some Sugar

More than three in four Americans now say they are trying to avoid or limit their sugar intake (per IFICI’s 2017 report), but that is making us crave it even more. Total North American consumption of sugar has shown year-on-year growth in 12 of the last 15 years. One of the top reasons cited by consumers for eating candy is to satisfy a very specific need for something sweet. And with so many consumers eliminating soft drinks from their diet, the sugar deficit is more acute, perhaps leading consumers to seek it elsewhere.

Merriam-Webster recently announced that the word of the year is “justice,” but in the world of food marketing, I’m nominating “elevated.” This is the legacy of the foodie movement – a new generation of pleasure-seeking epicureans spoiled by small batch and artisanal offerings with amped up ingredients, authentic flavors, and higher quality everything. Thus, the only-in-America phenomenon of Hollywood celebrities, like Kate Beckinsale, travelling with their own elevated butter.

If you are a food manufacturer or aspiring food entrepreneur, don’t assume that healthy is the only path to the consumer’s heart and stomach. There is still plenty of opportunity to appeal to the dueling forces driving human behavior. Healthy and Indulgent can co-exist. Science says so!

While you are digesting all this, let’s also contemplate Newton’s First Law of Motion, which roughly states that a body at rest stays at rest unless acted upon by an external force. Consider this the kick in the butt you need to go out there and make your new product dream come true. Sweet or healthy or both, we’ll eat it up.

Even the healthiest consumers have a “cheat day.”

If we reduce the amount of processed food in our diets, maybe a cheat day isn’t so bad.