The Future Begins with Pop Warner: Emphasizing the Student-Athlete 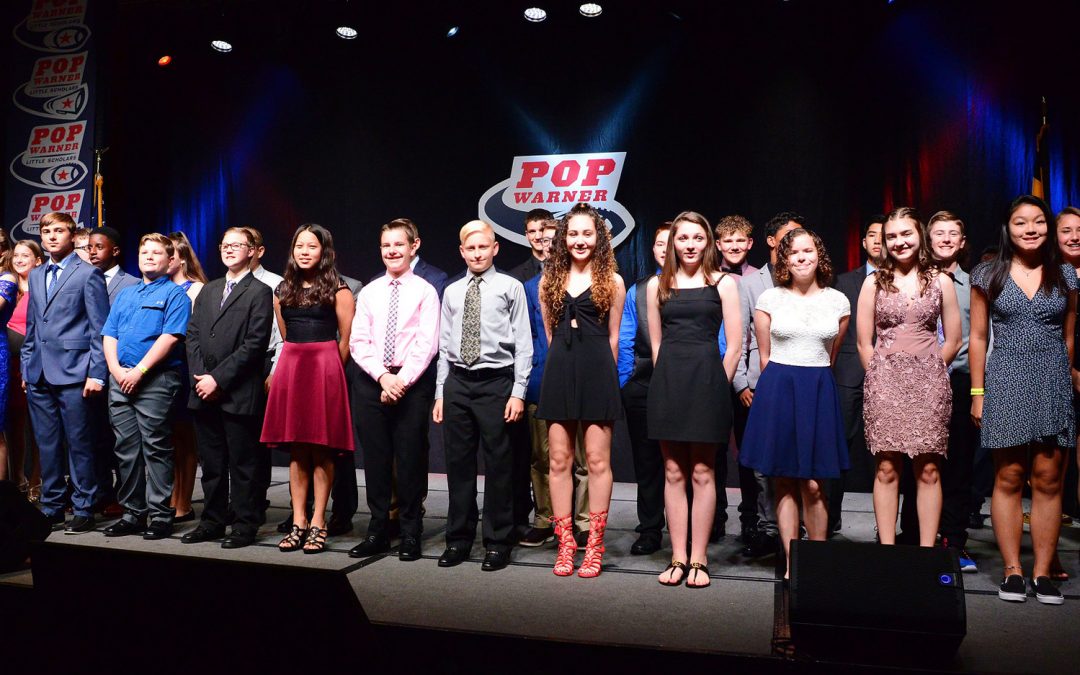 Differentiation strategies are used by a myriad of organizations in all industries, even surprisingly youth sports. An Ignite2X client, Pop Warner Little Scholars, has been leading in a very important facet of youth development: Academics. So, what makes them different? Pop Warner is the only national youth sports governing body that sets an academic standard for participation in the sport.

Pop Warner is also one of only a few organizations to distribute college scholarship money to its highest-achieving athletes… *ahem* student-athletes.

Since the scholarship program was established in 1993, Pop Warner has distributed well over $2 million to its top seventh and eighth-grade student-athletes. This year’s program distributed over $75,000 to students during a classy affair in Baltimore. The annual All-American Scholar Weekend is a time when the organization and the family members from across the country can come to celebrate the achievements of their student-athletes.

This effort goes back to the true mission of Pop Warner, and stems from understanding the importance of both education and sports in a child’s life. Pop Warner works to effectively bring these two things together to make children as successful as they can be.

Children who can balance both academics and sports have the skills that future colleges and employers will look for. When you combine student and athlete, you create a child who values knowledge and teamwork. When there’s an emphasis on academics, you get a child who has the skills, knowledge, and ability to achieve all of their goals.

Make a Difference: Pop Warner’s college scholarship program is made possible by corporate partners and individual donors. As Ignite2X works with current and prospective corporate partners for Pop Warner, the agency always builds in a component for the partner to contribute to the scholarship program. It’s more than a feel-good opportunity; partners truly make a difference and are invited to join Pop Warner each year at All-American Scholar Weekend.

Event Honorees: The 59th annual All-American Scholar Weekend was held over Memorial Day weekend in Baltimore. This year’s event featured several honorees from the sports industry.  These speakers brought stories of inspiration and encouragement to every student-athlete in the room.

Toni Harris recently became the first female football player at a skill position to receive a football scholarship after committing to Central Methodist University Athletics.  You may have also seen her on a commercial that aired during the NFL Super Bowl.

Baltimore Ravens CB Brandon Carr for his work with his Carr Cares Foundation.

Joe Ehrmann, who had a successful 13-year NFL career, now leads the NFL Foundation-funded #InSideOut Initiative that implements education-based athletics that are character-based and led by transformational coaching.

Other award winners: The NFL Team of the Year went to the Miami Dolphins, while Redskins LB Ryan Kerrigan garnered the Humanitarian Award. Both of these recipients were awarded for their work in the community.